Clive Thompson covers technology for Wired and the New York Times. His new book is “Smarter Than You Think: How Technology is Changing Our Minds for the Better

” published by The Penguin Press. (ISBN 1-594-20445-4) Clive’s new book discusses how technology boosts our cognitive abilities — making us smarter, more productive, and more creative than ever before It’s undeniable: technology is changing the way we think. But is it for the better? Amid a chorus of doomsayers, Clive Thompson votes yes. The Internet age has produced a radical new style of human intelligence, worthy of both celebration and investigation. We learn more and retain information longer, write and think with global audiences in mind, and even gain an ESP-like awareness of the world around us. Modern technology is making us smarter and better connected, both as individuals and as a society. In Smarter Than You Think, Thompson documents how every technological innovation — from the printing press to the telegraph — has provoked the very same anxieties that plague us today. We panic that life will never be the same, that our attentions are eroding, that culture is being trivialized. But as in the past, we adapt, learning to use the new and retaining what’s good of the old. Thompson introduces us to a cast of extraordinary characters who augment their minds in inventive ways. There’s the seventy-six-year-old millionaire who digitally records his every waking moment, giving him instant recall of the events and ideas of his life going back decades. There are the courageous Chinese students who mounted an online movement that shut down a $1.6 billion toxic copper plant. There are experts and there are amateurs, including a global set of gamers who took a puzzle that had baffled HIV scientists for a decade and solved it collaboratively — in only one month. But Smarter Than You Think isn’t just about pioneers, nor is it simply concerned with the world we inhabit today. It’s about our future. How are computers improving our memory? How will our social “sixth sense” change the way we learn? Which tools are boosting our intelligence — and which ones are hindering our progress? Smarter Than You Think embraces and interrogates this transformation, offering a provocative vision of our shifting cognitive landscape.

BBC’s Louis Theroux on Michael Jackson, Scientology, Westboro Baptist Church and whether child molesters can be cured. Also Laura House, Will Ryan and Film Critic Michael Snyder. Louis Theroux is best known for his documentaries in the television series Louis Theroux’s Weird Weekends and When Louis Met…, as well as his Louis Theroux’s BBC Two specials. Subjects for Louis’ specials include criminal gangs in Lagos, Neo-Nazis in America, ultra-Zionists in Israel, child psychiatry and the prison system in California and Florida. A 2007 special, The Most Hated Family in America, received strong critical praise from the international media. Please subscribe to our show as a free podcast on iTunes and Stitcher. Also pass the link to this show to all your friends.

Lee Fang is the Nation Magazine investigative reporter who first broke the story on who exactly is financing the Tea Party. He is the author of “The Machine: A Field Guide to the Resurgent Right.” He reveals some startling history about the original Tea Party that will make you a hit at Thanksgiving.  Also Down With Tyranny’s Howie Klein talks about John Boehner’s alcoholism and his Rastafarian daughter. 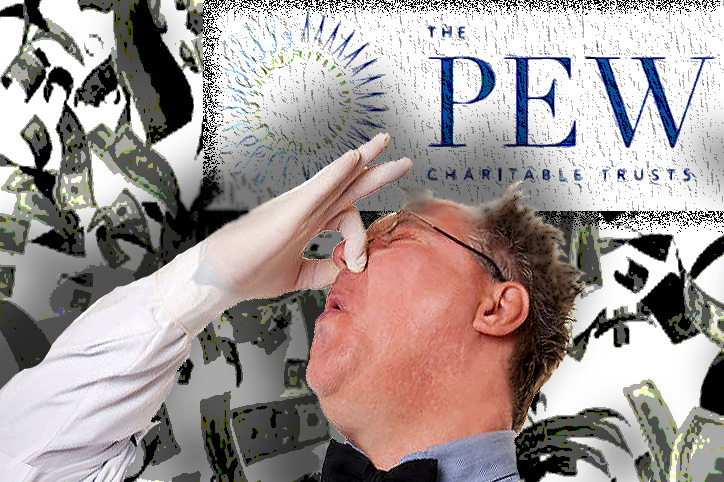 Has the Pew Charitable Trust been compromised by its association with the union busting Arnold Foundation? We talk with Gary Cohn, the winner of the 1998 Pulitzer Prize for Investigative Reporting who has uncovered some disturbing news that calls into question Pew’s objectivity. Mr. Cohn is also an adjunct professor at the University of Southern California’s Annenberg School for Communication & Journalism. This is an excerpt from The David Feldman Show.

The Nation Magazine’s Zoe Carpenter talks to us from Washington D.C. about President Obama threatening military force while at the same time resorting to diplomacy. Then Comedy Genius Frank Conniff talks to us from New York City about everything.

David Swanson author of “War Is A Lie”  explains why President Obama and Secretary of State John Kerry are lying to the world about Syria. In his classic “War Is A Lie” David Swanson assures us that wars are never fought against evil, never launched in self defense, never fought on humanitarian grounds, that wars are always avoidable, the politicians who lead us into war do not have noble motives, wars do not provide us with security, are always illegal, and American journalists who cover war stand to gain from war and are from impartial. Please visit David at www.davidswanson.org.