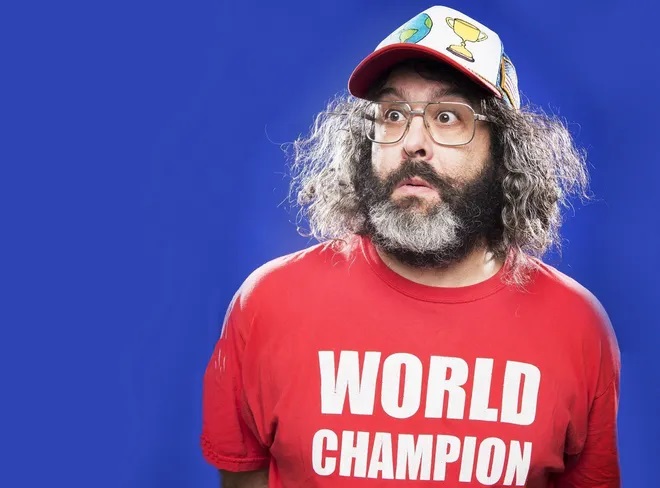 48:30 Grace Jackson explains how the power dynamic between China and Russia effects Ukraine And America. Grace co-hosts the Literary Hangover podcast, and is an expert on China.

1:09:22 Professor Ben Burgis (his new book is “Canceling Comedians While The World Burns”) Ben’s latest piece in The Daily Beast is “Bill Maher Didn’t Change. He’s Always Been a Cringe Centrist. INTELLECTUALLY INCORRECT: The “Real Time” host’s pivot toward the Intellectual Dark Web and vaxx-skepticism shouldn’t be a surprise. This is who he is.”

1:38:00 Emil Guillermo (host of the PETA Podcast, and columnist for The Asian American Legal Defense And Education Fund) Emil talks Judge Ketanji Brown Jackson, the GOP’s auditions for the next Trump, Cruz, Hawley, Cotton, and how their treatment of Jackson was pornographic. Also: The PETA podcast. PETA has saved nearly 800 cats and dogs from Ukraine. It’s gone in with rescue teams.

2:34:00 Judah Friedlander (Comedian) Judah hosts live, pay-what-you-want stand-up shows every week. The shows are interactive, you can choose to have your camera & mic on so that you can participate in the show & see & hear other audience members in addition to seeing and hearing the performers For more information go to www.judahfriedlander.com

5:16:00 Dave In PA and his trusty sidekick Chad take a piece of maple wood and create a bowl