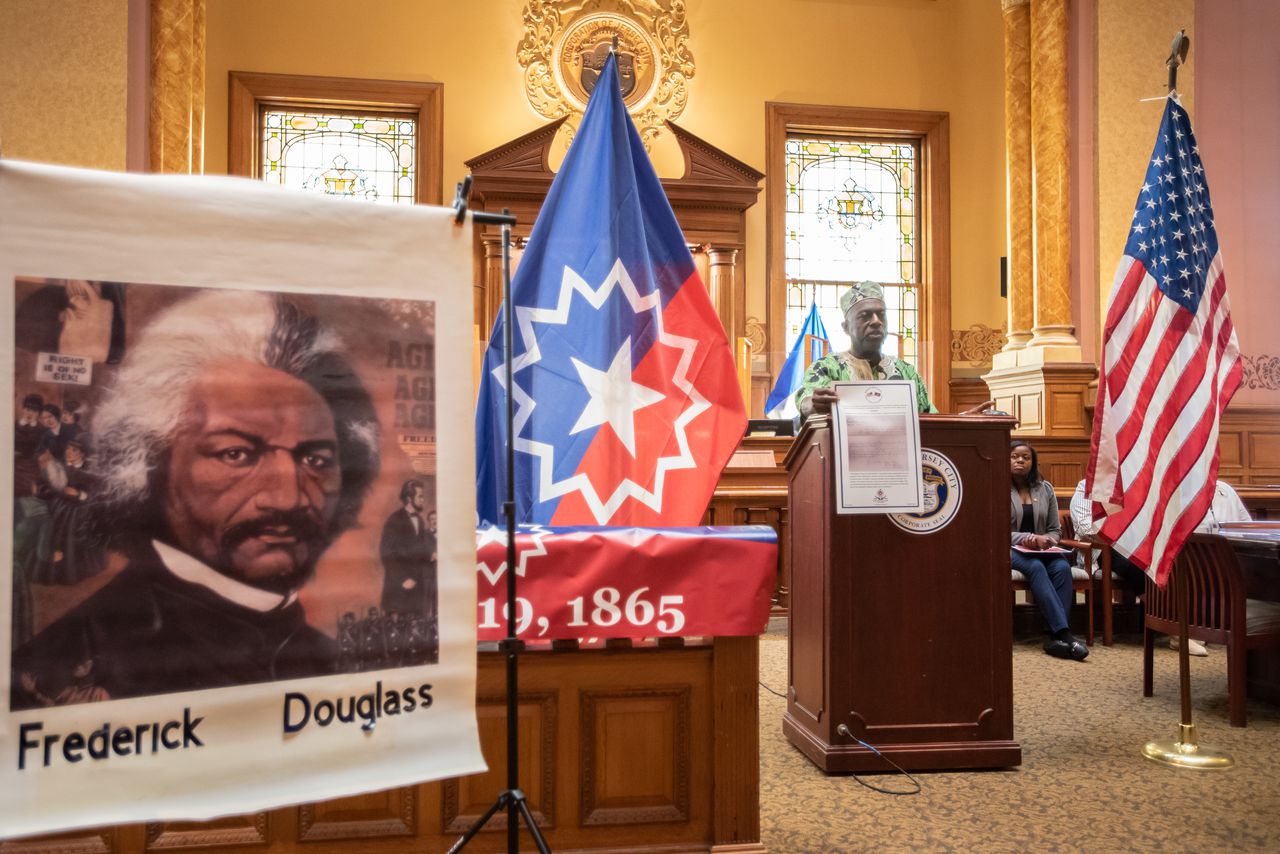 Topics: Three out of four Americans behind bars are forced to work for free or little to no money; The history of Juneteenth; The 13th Amendment’s loophole; The Police Myth; Cops solve only one percent of all crimes; What is the real role of police in America?; Solitary confinement

56:30 “USA of Distraction” written and performed by Professor Mike Steinel

1:02:47 Jason Myles and Pascal Robert (co-hosts of “This is Revolution” podcast)

1:56:53 Howie Klein (founder and treasurer of The Blue America PAC and author of Down With Tyranny)

2:32:48 David Cobb (environmental activist and Green Party Presidential candidate) Is there a voting block of Fox News right wingers who would come out from the shadows to support Bernie and single payer healthcare?

2:58:13 Dr. Harriet Fraad (host of “Capitalism Hits Home”) How the fall of the American empire effects our mental health.

3:33:18 Peter B. Collins (Bay Area Radio Hall of Fame) Dems facing the loss of the House, and probably Senate in November, and Biden’s latest moves are making things worse. While he called out price gouging by US oil companies last week, he won’t do anything about it. And he’s going to kiss MBS, trading humiliation for oil, which the oil companies will price gouge anyway.