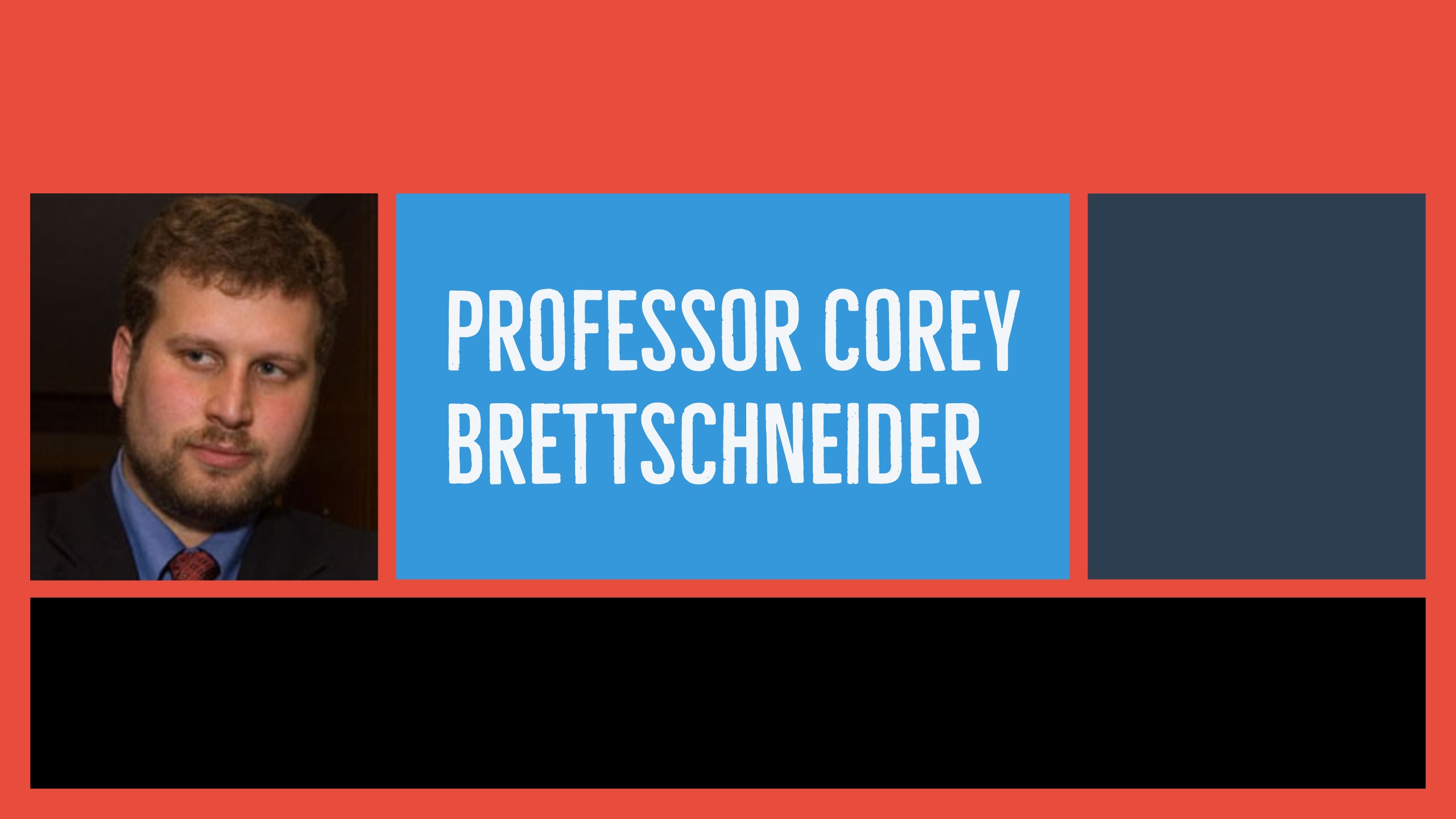 Constitutional Law Professor Corey Brettschneider warns that Neil Gorsuch may turn out to be more conservative than Antonin Scalia. Professor Brettschneider is author of “When The State Speaks.”
Listen to entire episode here:

Corey Brettschneider is professor of political science at Brown University, where he teaches courses in constitutional law and political theory. He is currently also a visiting professor at the University of Chicago Law School. Brettschneider was a visiting professor at Fordham Law School, a Rockefeller faculty fellow at the Princeton University Center for Human Values, a visiting associate professor at Harvard Law School, and a faculty fellow at Harvard’s Safra Center for Ethics. Brettschneider received a PhD in politics from Princeton University and a JD from Stanford University. He is the author of When the State Speaks, What Should it Say? How Democracies Can Protect Expression and Promote Equality (Princeton University Press, 2012) and Democratic Rights: The Substance of Self-Government (Princeton University Press, 2007). These books have been the subject of several journal symposia, including one most recently published in the Brooklyn Law Review. Brettschneider is also the author of a casebook, Constitutional Law and American Democracy: Cases and Readings (Aspen Publishers/Wolters Kluwer Law and Business, 2011). His articles include “Sovereign and State: A Democratic Theory of Sovereign Immunity,” forthcoming in Texas Law Review; “Value Democracy as the Basis for Viewpoint Neutrality,” in Northwestern Law Review (2013); “A Transformative Theory of Religious Freedom,” in Political Theory (2010); “When the State Speaks, What Should it Say? Democratic Persuasion and the Freedom of Expression,” in Perspectives on Politics (2010); and “The Politics of the Personal: A Liberal Approach,” in the American Political Science Review (2007).