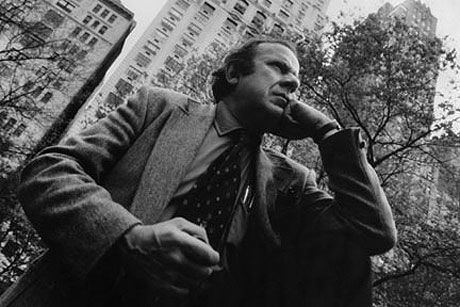 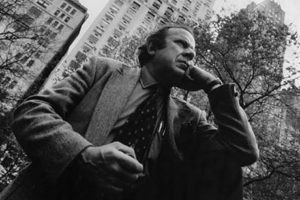 Alan Abel has been pranking the media since the 1960s.

Originally broadcast June 18, 2012. Prankster Alan Abel has been playing tricks on journalists for five decades. He is the subject of the award winning documentary “Abel Raises Cain” recounting a lifetime of preying on the sloppiness and downright laziness of American media. Then Eddie Pepitone tells us about how he lost his virginity to his college professor. And we kick around an idea for a movie. With Paul Dooley, Frank Conniff, Jimmy Dore, Stefane Zamorano, Jeremy S. Kramer, Dylan Brody and David Weiss.

“Before Stephen Colbert, there was Alan Abel, the man behind the world’s most infamous pranks.”
— The Toronto Star

“Like a reverse Jon Stewart, Abel has been creating fake news… preying on mainstream media’s insatiable thirst for the lurid, the perverse, and the wacky.”
— PBS POV blog

“Abel is the Franz Liszt of put-on artists, the Rembrandt of the ridiculous”
— Cleveland Press

“The imagination and sheer guts of Mr. Abel are pure delight.”
— Erma Bombeck

“Alan Abel is a jester with a serious face bound for an adventure in absurdity.”
— Atlanta Constitution

“Long before the Yes Men satirized Exxon and Halliburton, and before Ashton Kutcher was born, Alan Abel was the undisputed king of media hoaxers.”
— UTNE Reader

George Carlin’s brilliant daughter Kelly Carlin schools us in language and life with Jimmy Dore, Frank Conniff, and Stef Zamorano. We love Kelly Carlin. And not just because we worship her dad who is the greatest standup comedian ever.  Did we mention we all love Kelly Carlin? Because we do.

David Wild has interviewed and or worked with every rock star of the past fifty years, from Elton to Elvis, REM to ELO, Sting, Bruce and Dylan it goes on and on, and so does he. Wild is an American writer and critic in the music and television industries and a contributing editor at Rolling Stone magazine. His published books include Friends: The Official Companion (1995), Seinfeld: The Totally Unauthorized Tribute (1998), Friends ’til the end (2004) and others. Wild was the host of the television series Musicians, which aired on Bravo! in 2001. His writing credits for television include over two dozen series and specials. In 2001, he was nominated for an Emmy for his work on America: A Tribute to Heroes.
Wild is an alumnus of Cornell University. Along with Michael Snyder, Frank Conniff and Jeffrey Sherman on music, movies and stuff. Listen to the show for free on iTunes. Download the show on iTunes.

30 Rock Star Judah Friedlander joins us from New York to discuss his first love, stand-up comedy. Judah’s new book is “How To Beat Up Anybody.” You can visit him at JudahFriedlander.com. Listen to the show for free on iTunes. Download the show on iTunes.

Author of “Raised Eyebrows: My Years Inside Groucho’s House” Steve Stoliar tells us about living and working with Comedy Great Groucho Marx. Along with Frank Conniff, Guy Nicolucci and Will Ryan.