January 19, 2014 - Full Interviews With Our Guests, Journalists, The News From Around The World, Top Stories, Transcripts 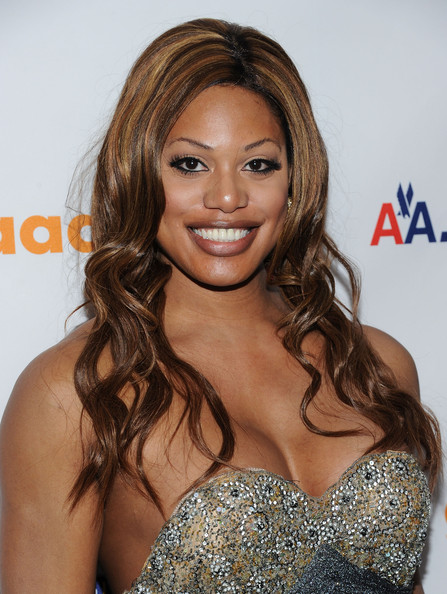 Katie Couric is under fire for an interview with two transgender women during which she focused, some say, far too much on whether or not the women had penises but not enough on what it means to be a transgender woman.

David: For more on this, we are joined by Zack Ford, who covers LGBT issues for ThinkProgress.org. Sometimes curiosity can be detrimental to a transgender person, right?

Zack: Sure. This is a phenomenon that happens across all different kinds of groups where someone who’s a member of a group that’s often in the majority encounters someone who’s not part of that group, and tries to figure out what makes them different. So a white person asking a person of color if they can touch their hair, it minimizes that individual to the parts of their identity that set them apart and doesn’t embrace them as a full person.

So this is something that we saw in this Katie Couric interview where she’s focused so much on the process you go through, and for those women that were on the stage being interviewed by her, it reduces them to their bodies, and it’s very reductionist. 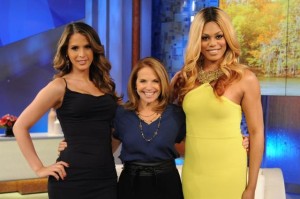 Critics say Katie Couric focused too much on the sizzle and too little on the plight of CeCe McDonald.

David: You write that a transgender person can’t discuss transgender issues in the media without first divulging the current status of their body.

Zack: They can say whatever they want to say. The problem is that those are the questions that they get asked. They have to defend and legitimize what it means to be transgender and what they’ve done to their bodies to realize their identities before they’re given the validity and respect that they deserve for just being people.

David: When we talk with a transgender person, it’s nobody’s business what the current state of their body is.

Zack: We lose the story of their community when we focus just on their bodies. They’re people just like the rest of us, and we need to focus on what will best support them and help them thrive and help them get out of poverty and help them get jobs and help them find places to live instead of just worrying about what body parts they have.

David:  Exactly. How many transgender Americans are there?

But again, that’s people who openly identify as trans, people who might have gone through some sort of transition. It doesn’t really count for a lot of Americans who might have some variations in their gender identity but don’t “own” that as a trans identity.  Or people who are still struggling to figure that out and have not come out and begun to transition. 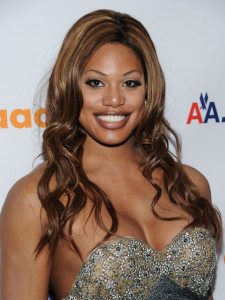 Actress Laverne Cox is producing a documentary about CeCe McDonald.

So about 0.3% is the estimate that we have. It’s probably actually higher than a lot of people think it is, but it is a small population.

David: What do transgender Americans need to watch out for?

Zack: One big problem is not acknowledging your trans-identity can really have a lot of mental health consequences, and so we want trans people to feel safe to come out. What we have to do as a society is make sure that it’s safe for them to do that and to go through a process that allows them to find that unanimity within themselves.

David: Who is CeCe McDonald?

Zack:  CeCe McDonald is a trans woman of color from Minnesota, and in June of 2011, she was out with some friends, and on the street they were assaulted by two white women and a man and a fight ensued. CeCe herself was punctured with a piece of glass in her cheek that also hurt her salivary gland. So she and her friends fought back, and in the end, the man who assaulted them was found dead. CeCe was arrested, was forced to plead guilty, and sentenced to 41 months in jail. This happened in 2011.

David: Any effort to get CeCe released?

Zach: Right now, Laverne Cox, the trans actress who stars on Orange Is the New Black, is producing a documentary called Free CeCe, which is about the way that CeCe, along with many trans women of color, are themselves the subject of persecution and often are not given justice through the justice system.

Zack: CeCe is in a men’s prison serving for second degree manslaughter.

David: Would Americans better serve the transgender community by getting past the physical and focusing solely on issues of identity? 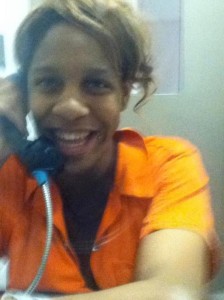 CeCe McDonald is serving in a Men’s prison.

Zack: I think I’d start by saying that I don’t think of trans people as struggling by nature. Being trans is not something that is a problem for them, but there are problems that society creates for them because of the fact that they’re trans.

Zack: So, yes, they go through their own journey that’s physical, and sometimes that can be a financial hardship for them if they can’t afford the surgery that will help them best realize their identities. But moreover, they are subject to rampant discrimination, not unlike CeCe has experienced both for being targeted with an act of violence and then not given justice in the end.

So it’s often a problem when we get so caught up in understanding what it means to be trans. It’s something so strange to us, we don’t understand what it must be like to not have a gender that corresponds with our body. We get caught up in their journeys physically with their bodies. But then we lose sight of the lived experience that they have and the way that they suffer discrimination both for being trans and just for being women sometimes, for trans women who are facing their own kind of discrimination.

So I think that we have so much to learn from the trans community because the kinds of identities that they find in themselves teach us a lot about ourselves and the boxes that we often put ourselves into. So I think it’s great to explore that diversity and celebrate all the different identities within that community.

What do you think? Please join the conversation below.