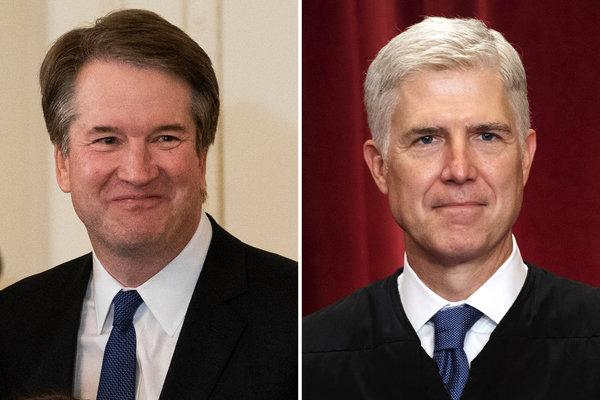 A new study shows students attending elite schools are three times as likely to develop drug and alcohol addiction than students attending inner city public schools. Why are America’s elite schools churning out anxious, depressed alcoholics and drug addicts? It costs 60 grand a year to send your kid to Georgetown Prep. You’d think someone running that institution would be sharp enough to spring for mental health services.

Pause for a second. To go from freshman year to senior year at Georgetown Prep it costs one kid $240,000. Brett Kavanaugh really should be proud of himself.  How did he find the time to be both a stellar student/athlete, get himself into Yale and still hold down an after school job that paid that tuition? He truly is a self made man. Oh wait, his father is one of the top lobbyists in Washington DC.  I’m going to assume the dad paid the tuition and not Brett. That’s a safe bet, right?

I guess that’s how he found time to drink and wrestle women to the ground. Pretty repugnant. A kid born into wealth and power thinks he’s entitled to more wealth and power because he “earned” it. Brett Kavanaugh earned nothing. He took what was given to him, and what wasn’t given to him, like that 15-year-old girl who was just trying to use the restroom, he took anyway.

Brett Kavanaugh lacks the introspection to question where he came from and where he’s going. It couldn’t possibly enter his mind that he drinks too much, or that his sense of entitlement triggers petulant fits of verbal abuse. He is sitting on a powder keg of rage, disappointment and fear. And had the Senate Judiciary Committee conducted a check point breathalyzer on him we would learn how he tamps down his untreated mental illness. Brett Kavanaugh is just not a product of our elite public schools that serve at the pipeline into the ruling class. He is the product of a value system that breeds layer upon layer of mental illness.  And at the root of this mental illness? It’s not genetics. At the core of Brett Kavanaugh’s mental illness is buying into the ruling elite’s cancerous value system.  Our ruling elite values everything except what is human. Hence, deep rooted mental illness that can’t be cured by alcohol, family or organized religion.

The elite public schools preach public service, but it’s a noblese oblige public service, where they reach down and decide who gets help and who doesn’t. It’s a self serving public service that perpetuates the myth that ruling elite knows what’s best for us.

While the mainstream media beats up on public schools, our guest, Dr. Suniya Luthar, has authored several studies proving that it’s America’s elite institutions of higher learning that are the real pits of despair, anxiety, alcoholism and drug abuse.

After reading her work, one can’t help but conclude that Georgetown Prep, and most elite private and public schools are hazardous wastelands, where a child’s academic achievement trumps mental health.

These past few weeks have illustrated clearly how Georgetown Prep has poisoned our entire body politic. There is a 60 grand a year myth surrounding schools like Georgetown Prep. Parents are paying to keep their kid inside the power pipeline no matter how toxic the sludge that pipeline pumps.

Georgetown Prep, and it’s ilk, are a cancer. What kind of human would spend 60 grand a year to send their child to a school like that? Certainly they realize how much one public school could get benefit from an infusion of cash like that.  Only someone with cancerous values could think the opportunities from a good education is something to be hoarded among those whose parents can afford to pay 60 grand a year.  A product of Georgetown Prep would have to be rotten to his very core thinking he made it on his own, or that America’s a level playing field, or that because he worked hard, in between summer beach rentals and trips to Ireland, he deserves to sit on the Supreme Court.

Only a self satisfied vulgarian like Brett Kavanaugh could join the Federalist Society convinced  he is the epitome of personal responsibility refusing to recognize how family wealth cosseted him from the consequences of excessive drinking, bullying and sexual assault.

During his testimony, Brett Kavanaugh’s rot poured forth. He is decay personified. The son of a lobbyist, Kavanaugh is Washington’s black mould that has been growing unchecked since Reagan took office.

This rot, these poisonous toxins of black mould are grown inside America’s elite schools. Which is why it’s no coincidence that while future Supreme Court Justice Neil Gorsuch was attending Brett Kavanaugh’s Georgetown Prep, his mother Anne Gorsuch Burford, was forced to resign as head of Reagan’s EPA after she was caught refusing to clean up toxic Superfund sites poisoning America’s water. These people just don’t see it. They don’t see, they don’t smell the toxins. All they care about is money and power. They are a mortal threat to our planet. They can’t see the suffering, even their own. And it spreads from their families, to their elite schools and then on to the rest of us.

That’s why it’s safer to send your kid to school in Compton than Georgetown Prep.

On today’s episode, we pull back the curtain on elite schools, like Brett Kavanaugh’s Georgetown Prep, and reveal just how hazardous they are to your child’s health.

Then we talk with Zack Ford, the LGBTQ editor for Think Progress, on how to cope with Brett Kavanaugh and the men who protect him.

Across the country, we have recurrently found that students at such schools show higher rates of disturbance compared with average American teens. Their problems range from depression, anxiety and self-harm to random acts of delinquency and, yes, abuse of drugs and alcohol.