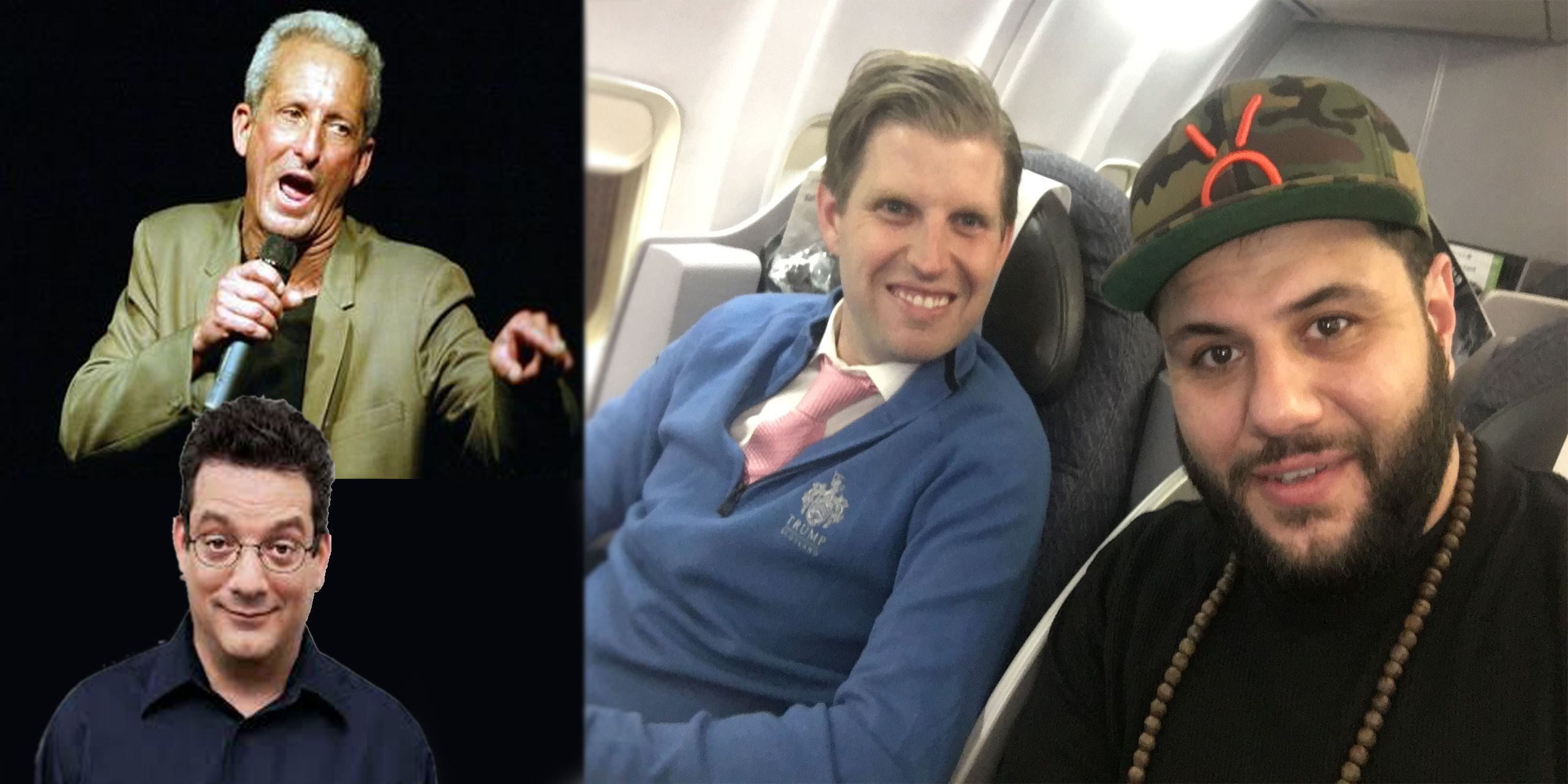 Also, you can find other great podcasts here

Mo Amer is a Palestinian comedian born in Kuwait who moved to Texas and married a Mexican American. Days after Donald Trump lost the popular vote by three million votes, Mo Amer boarded a United Airlines flight to Scotland and was bumped up to First Class and seated next to Donald Trump’s idiot son Eric Trump. Mo is a comedian. Eric is a joke. Mo spoke his mind. Eric smiled nervously and ordered another Bloody Mary. Mo tells us about his experience with the human excrement called Eric Trump. 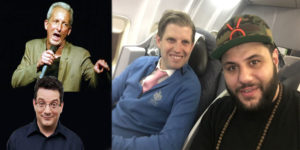 Comic Bobby Slayton talks about his new obsession with arts and crafts and how he’s able to relax and enjoy life and why David is a boring loser.

Howie Klein on progressive candidates to watch, support and give money to. Comics Andy Kindler and Joe DeVito give David a comedic orgasm. Comedy Writer Jon Ross talks about how chickens have sex with their anus. Comedy Writer Eddie Crasnick talks about his new podcast on maintaining mental health.