February 3, 2014 - Full Interviews With Our Guests, Journalists, The News From Around The World, Top Stories, Transcripts 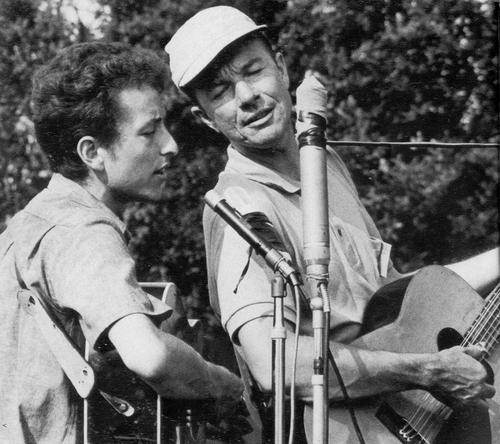 For more decades than he’s willing to admit, David Wild has been a contributing editor to Rolling Stone Magazine. David Wild has interviewed everyone in music, from Bob Dylan to the Backstreet Boys, as well as Pete Seeger. He talked to us from Los Angeles.

Feldman: David, you’re from Tenafly, New Jersey. I’m from Englewood, New Jersey. We’re about the same age, and we were both introduced to Pete Seeger through Clearwater. What was Clearwater?

David Wild: Clearwater was a sloop. It was a ship brought to educate, especially kids like us who grew up on the Hudson River, about the environment, about ecology, about the importance of preserving bodies of water. It helped raise up another generation of kids who might keep the world going a few more years. 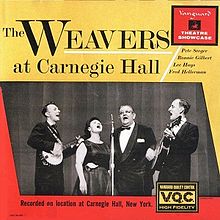 David Wild suggests a good introduction to Pete Seeger would be listening to The Weavers at Carnegie Hall.

David Wild: No, that was the era of major rivers catching fire, from pollutants. Thanks to people like Pete Seeger, Don McLean, another folk singer who seemed to take it on, progress was made.  And you and I were lucky enough to get a little education early on from people like Pete Seeger about the global consequences of pollution.

Feldman: What kind of influence did Pete Seeger have on musicians like Bruce Springsteen, Tom Morello from Rage Against the Machine, and, of course, the Backstreet Boys?

David Wild: Fundamentally, he was one of the defining and enduring figures who taught generations of musicians that being a musician, despite what your record company insisted, you had responsibilities besides just getting a hit. He inspired generations of artists to use the power of music to do some good. Pete Seeger set the tone for a world in which George Harrison would try to help with Bangladesh all the way to  “We Are the World” and on through guys like Tom Morello or Bruce Springsteen who are probably the most effective musical figures out there right now galvanizing the political power of music to help everyone.

Feldman: Any other musicians you can think of?

David Wild: He would be the pivotal figure. You know, along with Woody Guthrie, Odetta, he’s part of that line. But he was also, I think for Bob Dylan, a sort of complex figure because ironically, to Bob Dylan, Pete Seeger was on the right of what he was doing. Pete Seeger stood for traditional acoustic folk, and Bob Dylan, by going electric, upset the lefties and put them in the position of being the conservatives. 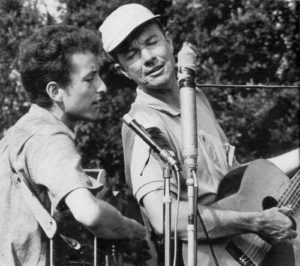 Musically Seeger was to the right of Dylan, politically to the left, says Wild.

Feldman: But politically, Pete Seeger always remained to the left of Bob Dylan. Wouldn’t you say Bob Dylan has been more cryptic about his politics?

David Wild: Oh yeah. Bob Dylan lost all interest in being a strictly political figure, partly because the Beatles and Bob Dylan were cross-pollinating, and all of a sudden, this world of possibilities musically opened up to Dylan. And he didn’t really continue in the Woody Guthrie or Pete Seeger tradition of just being a spokesman. Increasingly, when Bob Dylan got famous, he was put off, if not repulsed by the idea of being a spokesman. Whereas someone like Pete Seeger, his whole life he wanted to use his voice to change things. To change things for the better, as he saw them politically. 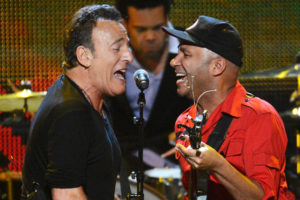 Feldman: Young people listening, or people who accidentally hit the KPFK button, stuck in traffic, and don’t know who Pete Seeger is, what would be some Pete Seeger essentials?

David Wild: Knowing the world of Columbia records there may even be a release called The Essential Pete Seeger. But I would say Weavers at Carnegie Hall, and I think anything live, because I think it was about the connection with the audience. And not just the connection emotionally, which all artists have, it was literally a connection that tried to communicate and pass something on, which is the heart of the folk tradition. I would always go for a live recording. I would also push people towards the Springsteen tribute. Pete Seeger, when I spoke to him, told me that because of his lefty politics – this is actually a quote. I was looking up the transcript I had done. He said, “Because of my lefty politics, I was pretty much left alone my whole life. And then the Bruce Springsteen tribute came along and it blew my cover.” Because Pete Seeger was very comfortable in this world, but he also made a lot of rich and powerful people uncomfortable with his music.

David Wild: I hear he might be from somewhere in that Garden State.

Feldman:  Ah, okay. When did you interview Pete Seeger?

David Wild: I interviewed Pete Seeger about two years ago, talking about his essential folk recordings, his favorites. He was at home and my memory is that he was in a hammock, and still he burned with so much fire and passion it was inspiring. I mean, the guy never lost that fire. He’s to be praised and honored for that.

Feldman: David Wild is a contributing editor to Rolling Stone Magazine, and he’s from New Jersey. Thank you, David.

David Wild: Thank you David, talk to you soon.