The Hidden Costs of Being Black in America with Law Professor Jody David Armour who is the Roy P. Crocker Professor of Law at the University of Southern California. He has been a member of the faculty since 1995. Professor Armour’s expertise ranges from personal injury claims to claims about the relationship between racial justice, criminal justice, and the rule of law.  Professor Armour studies the intersection of race and legal decision making as well as torts and tort reform movements.

A widely published scholar and popular lecturer, Professor Armour is a Soros Justice Senior Fellow of The Open Society Institute’s Center on Crime, Communities and Culture. He has published articles in Stanford Law Review, California Law Review, Vanderbilt Law Review, Boston College Law Review, Southern California Review of Law and Women’s Studies, University of Colorado Law Review and University of Pittsburgh Law Review.  His book Negrophobia and Reasonable Racism: The Hidden Costs of Being Black in America, (New York University Press, 1997), received the Gustavus Myers Outstanding Book Award. He has just completed a book on the relationship between law, language, morality, politics and the performing arts titled Hearts and Minds in Blame and Punishment.  Professor Armour is a regular legal analyst on KABC, KNBC and KCBS News and a sought-after legal expert on a variety of criminal law and social justice issues in a wide range of other media outlets. At the request of the US Department of State and European Embassies, Professor Armour has toured major universities in Europe to speak about social justice as well as Hip Hop culture and the law.  His work on the performing arts and law recently culminated in a unique interdisciplinary and multimedia analysis of social justice and linguistics, titled Race, Rap and Redemption, produced by USC alumna J.M. Morris, and featuring performance by Ice Cube, Mayda del Valle, Saul Williams, Lula Washington Dance Theatre, Macy Gray Music Academy Orchestra, and Mailon Rivera.

Professor Armour currently teaches students a diverse array of subjects, including Criminal Law, Torts, and Stereotypes and Prejudice: The Role of the Cognitive Unconscious in the Rule of Law.

Ralph Nader is our greatest living American. This Saturday at 11:00 a.m. on KPFK we are proud to welcome the Ralph Nader Radio Hour to all our Pacifica Radio affiliates in America, Mexico and Canada. Also on our show Blue America’s PAC’s Howie Klein, Will Ryan and Film Critic Michael Snyder. Please subscribe to this show for free on iTunes and Stitcher.

Mexico’s Drug Lord El Chapo was captured on Saturday, so the D.E.A.’s Sean Dunagan joins us. Before joining L.E.A.P. Sean was the D.E.A.’s senior intelligence research specialist in Mexico. Eventually his family had to be evacuated from the country as a result of cartel violence while he was stationed there. Sean says, “Chapo Guzmán is a ruthlessly violent criminal, and the Mexican authorities who brought him to justice should be commended. Unfortunately, in the big picture, his arrest will do nothing to keep drugs off of our streets or reduce the level of prohibition-related violence in Mexico, Chicago, or anywhere else. As long as we continue the failed strategy of prohibition, violence and corruption will be hallmarks of the drug trade.” Sean joined LEAP after he realized the war on drugs was only making things worse. A fascinating interview that will make it easier to understand the role America plays in the Mexican drug war. 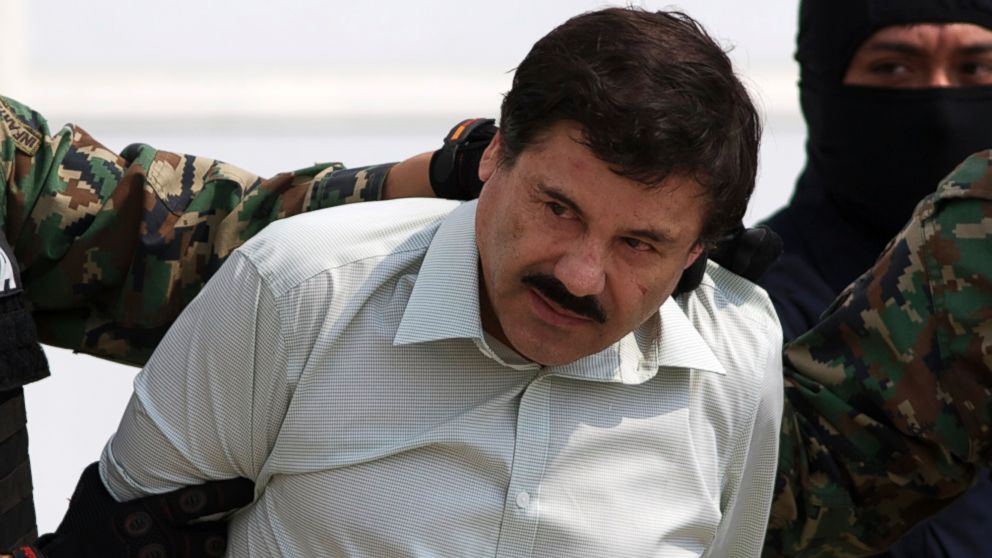 Here’e everything you need to know about the capture of El Chapo and Mexico’s war on the drug cartels.