January 30, 2014 - David Feldman Show, The News From Around The World, Top Stories, Transcripts 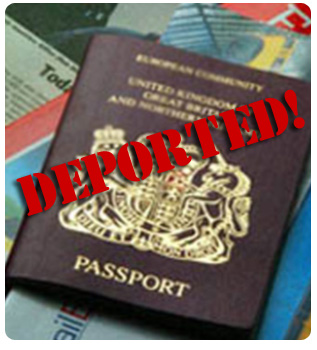 Miami police arrested Justin Bieber on January 24, 2014  for drunk driving, resisting arrest, and not having a valid driver’s license.  Meanwhile 100,000 Americans have signed a petition asking President Obama to deport the Canadian citizen. For more on this we are joined by Michael Kaufman who’s an attorney with the ACLU, and he talks to us from Los Angeles.

David Feldman: Michael, if you live long enough, eventually you’ll get to see Florida police actually do something right. Is Justin Bieber an American citizen?

Michael Kaufman: Justin Bieber was born in Canada. He’s a Canadian citizen and he’s here in the United States on a temporary visa. 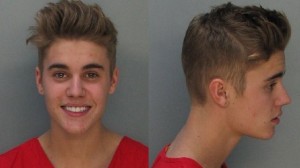 Justin Bieber is not an American citizen.

David: Michael, in 2011 the Obama administration deported 33,927 immigrants convicted of driving under the influence. Now Justin Bieber is not a citizen. What normally happens to a non-citizen after he’s been arrested for drunk driving, and in Bieber’s case, resisting arrest and not having a valid driver’s license?

Michael: For somebody picked up on driving without a license, if you’re in the country unlawfully, when you’re booked into custody at a local police station, your fingerprints are run against the ICE database, and they may automatically request that the police department hold you so you can be transferred to ICE and put into deportation proceedings. This is part of a new program that’s been implemented under President Obama known as ‘Secure Communities’. And that’s had extraordinary draconian consequences.

It means anyone picked up for even minor violations, some of them as minor as driving without a license or even driving with a broken taillight, if they’re picked up and booked into custody, they potentially risk being deported from their home here in the United States and from their families.

Now that did not happen in Justin Bieber’s case. I’m not sure why. It may be because ICE doesn’t believe he is currently deportable based on the charges that were brought against him. But if he were, like those thousands of people that you mentioned, he would be put into ICE custody. He may be put in detention. 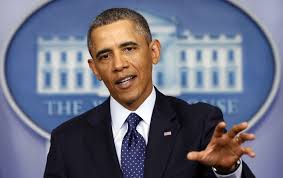 More than 100,000 Americans have signed a petition asking President Obama to deport Bieber.

We have a sprawling network of immigration jails and prisons across the United States that hold, on any given day, about 34,000 people while their cases are being processed through the immigration courts and federal courts. And you can potentially remain in detention for months and years while your case winds through that complicated process.

David: And when the Obama administration deports 33,927 immigrants in 2011 for driving under the influence, is it safe to assume most of them are in the country illegally?

Michael: As a general matter, driving under the influence is not a deportable offense. So if you are here lawfully, you can only be deported if you’re convicted of certain enumerated offenses. So DUI generally does not qualify as one of those, so it may be the case in those statistics that you reported that those were individuals that were in the country without legal status at that time.

However, there are certain circumstance, if you’re convicted of certain forms of aggravated driving under the influence, where that may qualify as what’s known as a crime of moral turpitude, which in certain circumstances can constitute a deportable offense.

Also there are many other minor offenses that Justin Bieber here could be charged with that would undoubtedly risk his deportation. So virtually any type of controlled substance violation.

David: And I did notice that they arrested the black rapper at his home for possession of cocaine, but they didn’t arrest Justin Bieber even though the black rapper was in his house at the time with the cocaine.

Michael: That’s right. That’s right. And that kind of charge, if he was charged with possession of cocaine, that would almost certainly render him deportable, and it would also subject him to what’s known as mandatory detention.

The government takes the position that if you’re convicted of any type of controlled substance violation, even something as simple as possession, and it’s your first time offense, they’re going to hold you in detention for the entire period of time it takes to process your case through the immigration courts. And that can be years in some cases. Simply because of that one violation that you have. They won’t allow you to ask for bond and they won’t allow you to be released under any circumstances. 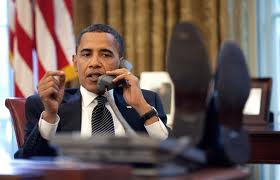 President Obama has deported more immigrants than any other US president.

David: I guess the elephant in the room is he’s an English-speaking white Canadian.

Michael: Absolutely. I mean, I think this is an important moment for us to reflect on what would happen to the thousands of other people who get picked up on minor charges, turned over to the police, and referred to the immigration system every single day. People who have been accused of far lesser crimes or maybe none at all, those people, because they do not have a raving fan base, access to high-priced attorneys, they routinely are processed through the immigration system, don’t know how to fight for their rights, and may end up getting deported and torn away from their families.

Justin Bieber of course is going to have excellent attorneys. They’ll know how to fight in the criminal process for charges that will not result in his deportation. Not everyone is so lucky. In fact, the vast majority of people don’t have access to attorneys to help them through that process, and get deported simply because they’re not like Justin Bieber. They don’t have access to attorneys. They don’t have money to afford one. And they see deportation as a result.

David: According to the ACLU, 84% of people held in America’s immigration detention system don’t have lawyers. Michael Kaufman is an attorney with the ACLU. Thank you for joining us, and thank you for your work.

Should Bieber be deported? I want to know what you think. Please join the conversation below.