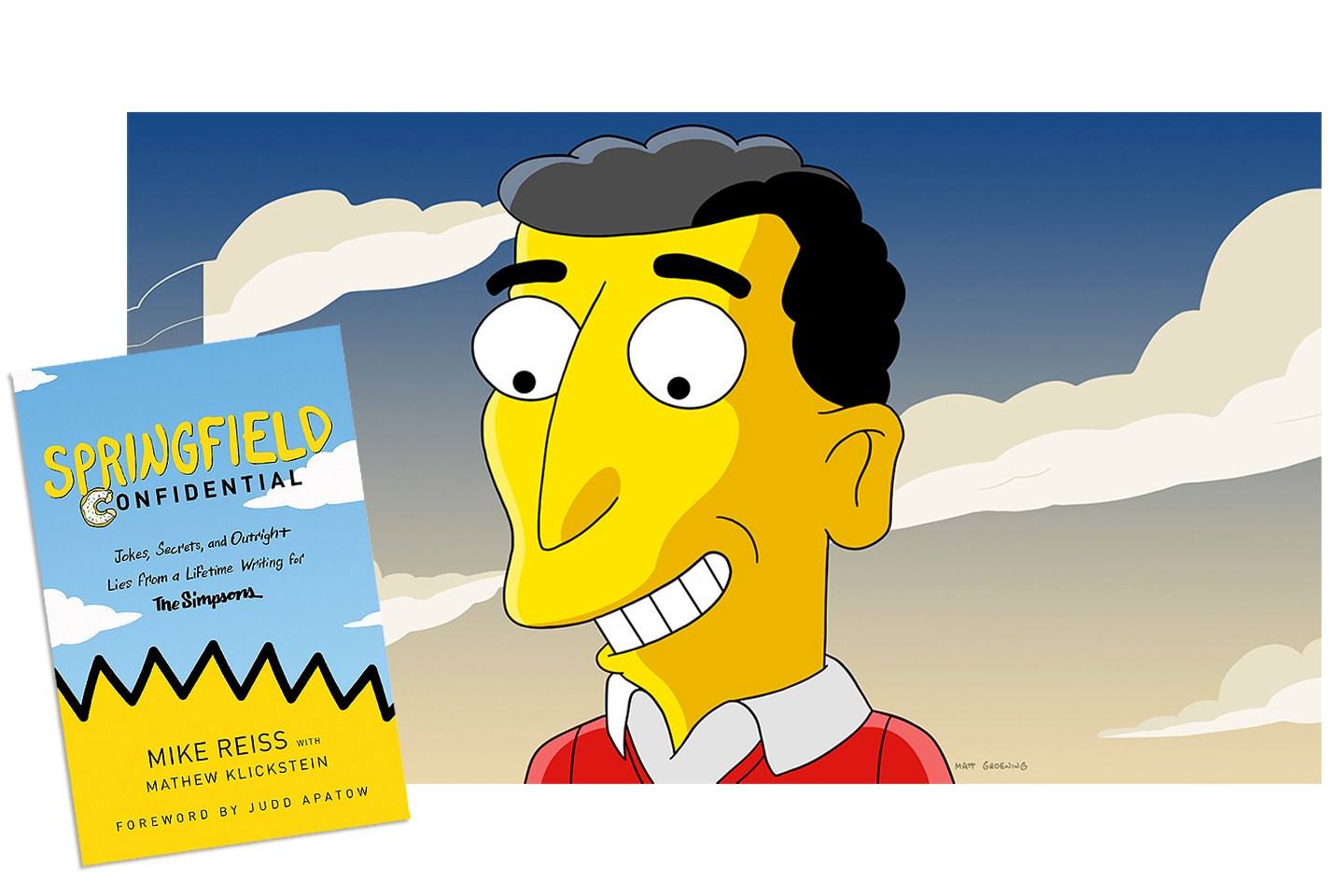 Comedy Writer, and Author of “Springfield Confidential: Jokes, Secrets, and Outright Lies from a Lifetime Writing for The Simpsons,” Mike Reiss talks about his 30 year journey writing for The Simpsons. Also on today’s show host of The PETA Podcast Emil Guillermo, plus Comics Joe DeVito and Jackie “The Joke Man” Martling.

Like Tolstoy,
I write to be read on the toilet.

Mike Reiss author of “Springfield Confidential: Jokes, Secrets, and Outright Lies from a Lifetime Writing for The Simpsons,”

I hate Harvard. And Not just because that’s where I met my wife.

“We certainly had brilliant guys at the top. James L. Brooks, and Sam Simon. Two masters of the sitcom form. But I’m telling you, these new guys came in and wrote great scripts immediately. That’s how I think you write TV. You just watch a lot of it. You’re not even studying it. You’re not analyzing it. You just like it. I mean the Simpsons writers I guess were like me , watching eight hours of TV a day and you’re just absorbing everything you’re seeing. That’s how it sort of builds your understanding of what you like and what you don’t like on television. But I’m telling you, every single one of these guys wrote great scripts on their first day.”

-Mike Reiss on the first year of The Simpsons.

If a giant sinkhole swallowed all of Harvard tomorrow, I would feel very sorry for the sinkhole.

Mike Reiss on his undergraduate days at Harvard