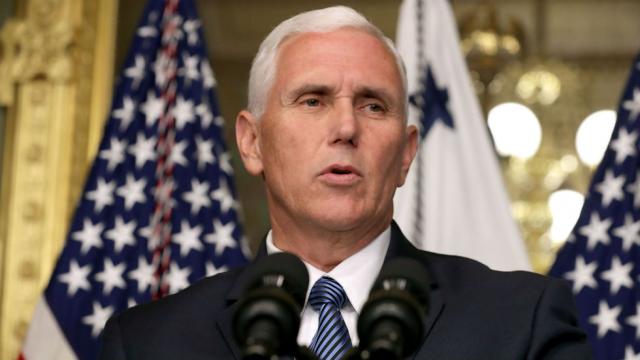 Late Tuesday night Americans lost the right to sue banks and credit card companies. My conversation with Public Citizen’s Amanda Werner spells out in detail, and in easy to understand language, what exactly this means for us.

Vice President Mike Pence cast the deciding vote in the Senate tonight overturning an Obama era rule that would have finally allowed Americans to sue as well as take part in class action suits against financial institutions. This is a major win for bankers and a significant defeat for Wall Street reform. The very same people who plunged the world into 2008’s Great Recession continue to remain immune from paying for the damages they wrought.

It was a big night for hypocrisy. Within hours, Senator Jeff Flake went from playing the maverick, unafraid of calling out Donald Trump’s lies, to just another financial industry lapdog too frightened to challenge Wall Street’s stranglehold on our legal system.

Flake, Washington’s newly minted GOP “voice of moderation,” surprised everyone Tuesday night by announcing he wouldn’t seek reelection because Donald Trump was an embarrassment to his party. Flake conveniently left out the real reason he’s not running, and that is a primary challenge from the right would have made it impossible for him to even get the GOP nomination.

That didn’t stop Beltway pundits from saluting Flake, with some, like Chris Cillizza,  suggesting Flake delivered “the most important speech of 2017” as he announced he was leaving the senate:

But for Flake, complete and unquestioning loyalty to the financial lobbyists is perfectly acceptable. That’s why, after his emotional speech on morality and conscience Flake returned to the chamber and cast his lot with the moneychangers. Flake may be retiring from the Senate, but he’s still working for the banks. And we can be certain his fealty will be richly rewarded next year as a K-Street shill.

Senators Bob Corker and John McCain, those two other “brave” Republicans unafraid of Trump, also voted with the bankers. Because that’s what GOP mavericks do.

On Friday’s show I talked with Financial Crusader Amanda “Monopoly Man” Werner on why Americans deserve a right to sue these financial institutions. We also discuss why as of tonight’s vote there’s still nothing to stop your credit card companies and banks from ripping you off.