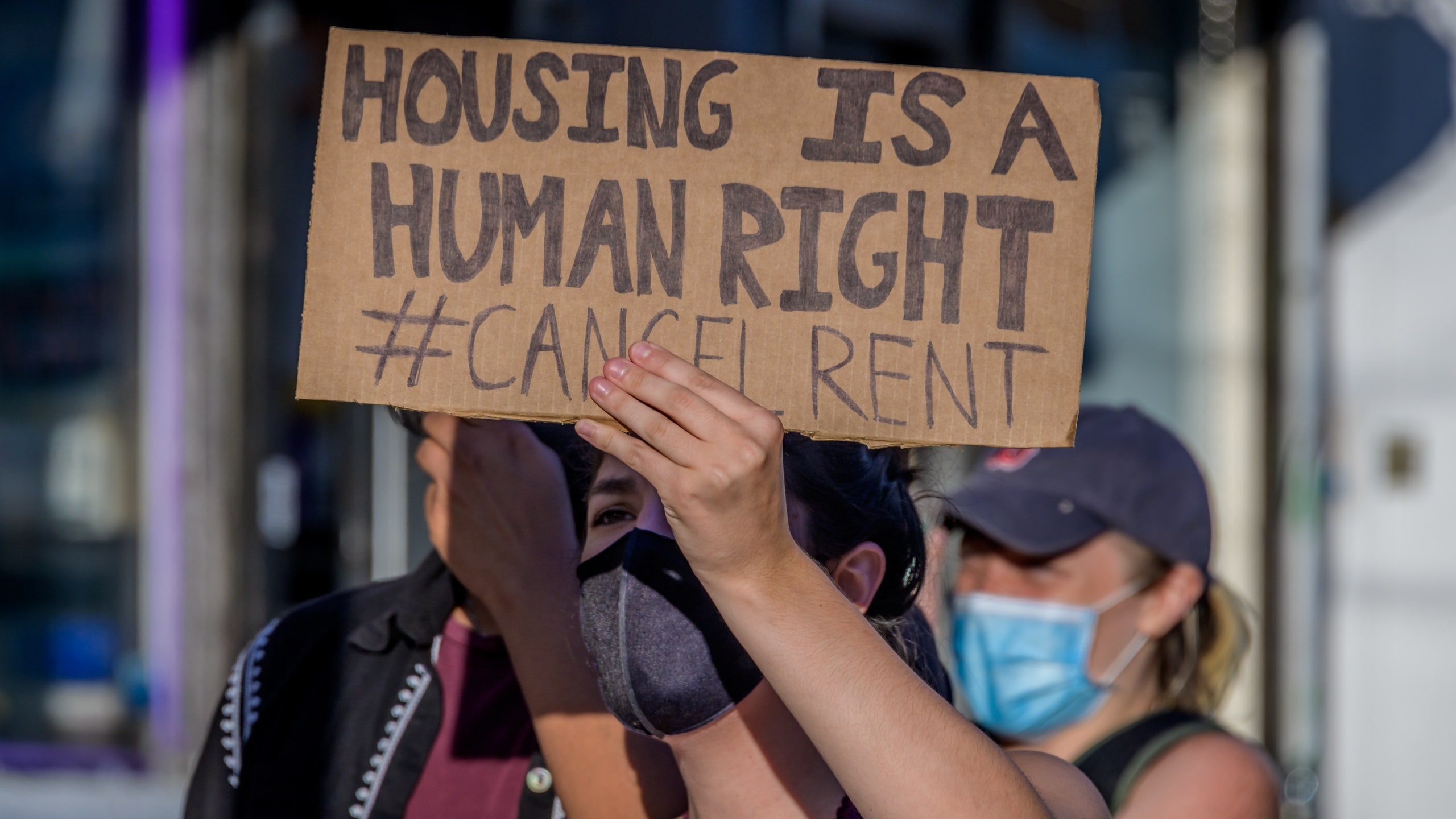 Millions of Americans again take to the streets, but this time because wicked landlords are evicting them. Housing is a human right. On today’s show, we go to Milwaukee, Wisconsin where Democratic Mayor Tom Barrett does NOTHING to keep unscrupulous landlords from throwing predominantly African American communities out of their homes. As Covid-19 runs roughshod through our broken economy, where will these homeless and jobless Americans end up? How will they survive the Wisconsin winter?

Our guests are Jacqueleen Clark and Lucien Nox from the Milwaukee Autonomous Tenants Union.

Music: Hard Time In The City written and performed by Professor Mike Steinel; Ain’t No Cane On The Brazos performed by Tom Webber, Lance Jeffries and Kathlene Ashe

The David Feldman Show Union PSA written by Kathleen Ashe and performed by the Covid Players.