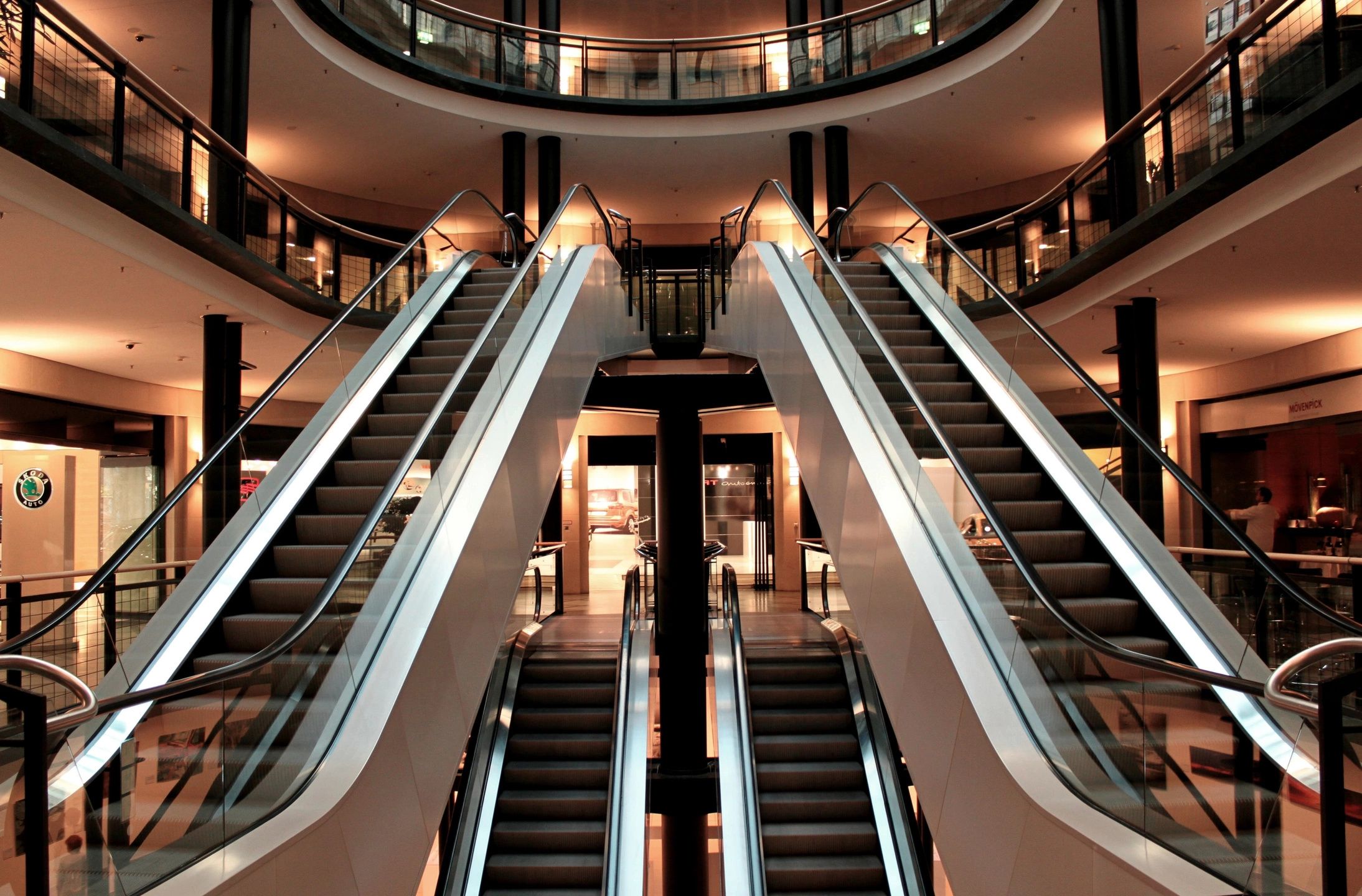 Professor Rosemary Batt gave us a crash course in how private equity firms take perfectly fine corporations and sucks them dry. Here’s an excerpt. For more, read her piece in the American Prospect that she wrote with Eileen Appelbaum. Or listen to episode 997. 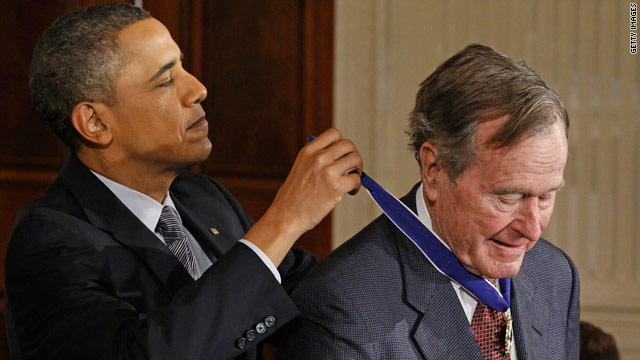 Yesterday was Father’s Day which CNN, the most trusted name in news, celebrated by running a tribute to the 41st president of the United States, George Herbert Walker Bush. I’m sure there was a lot of crying because the Bush family always seems to get choked up whenever they talk about Poppy, and Poppy always seems to start crying whenever he talks about himself. I’m not sure how 41 ended up with the nickname Poppy. I think it has something to do with America dipping its beak into the heroin trade back when Poppy was running the CIA.

No, I couldn’t watch CNN because I was too busy keeping my misty eyes on Iraq, a country that appears to be unraveling all because back in 2000 former Spymaster George Herbert Walker Bush insisted on keeping a secret from the American people, that secret being his son George is a vicious moron. 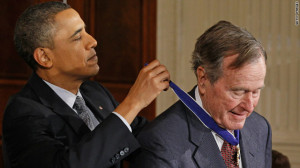 George Herbert Walker Bush gets a medal even though he neglected to inform the American voters that his eldest son is a vicious moron.

I never once saw my father cry. My father came from the kind of poverty where nobody was going to comfort you no matter how loud you wept. Not that there’s anything wrong with grown men crying. But my father didn’t cry because he knew nobody would help. It’s different for a Bush. They get help from everybody, even the Supreme Court when they lose an election. I think even my father would have cried after that decision.

My father served in the Pacific around the same time President George W. Bush’s father served over there. My father didn’t live long enough to see W lose the popular vote and then have the Supreme Court hand him our nuclear launch codes anyway. Looking at Iraq come undone I know my father would tell George Herbert Walker Bush, “My eldest son is an idiot too. It’s good to encourage idiots, but you don’t let them play with dangerous toys, like our U.S. military.” Then my dad would have spat in George Herbert Walker’s face and called his entire family a tribe of money-grubbing whores. Because that’s how much dad loved America. My father loved this country. He never had to say that. You just knew by his visceral contempt for Reagan, Bush Senior and all those other charlatans who rely on false patriotism to steal from Americans.

The millions of dead Iraqis are the Bush family’s fault. They lied us into war. Had Americans known the truth, we never would have agreed to that illegal invasion. Unlike the Bush family, at our core Americans are a good and decent people. Which is why Gore won in 2000. America is much bigger than the noisemakers and the guns we fire overseas or at each other. Americans may differ on the nuance, but we all agree it should be hard to get a gun, harder to declare war, nobody disagrees that Big Banks are evil, that Main Street is superior to Wall Street, that politics needs to be shorn of money, that everyone is entitled to affordable healthcare and that anyone who works an eight hour day shouldn’t be broke. We all agree on that. We’re a good people. But we’re drowned out by Big Money.

If everyone who is registered to vote voted, all our problems would be solved. Read the polls, we’re a good people. Americans support, for the most part, all the right things. We just need to vote in numbers that drown out Big Money. Vote. How hard can it be? It’s not like we’re being asked to serve in the Pacific. Imagine if we all voted. Three years from now CNN would have to air a Mothers Day tribute to President Elizabeth Warren. And who knows? Maybe we can finally elect a congress willing to put George W. Bush on trial for Iraq. 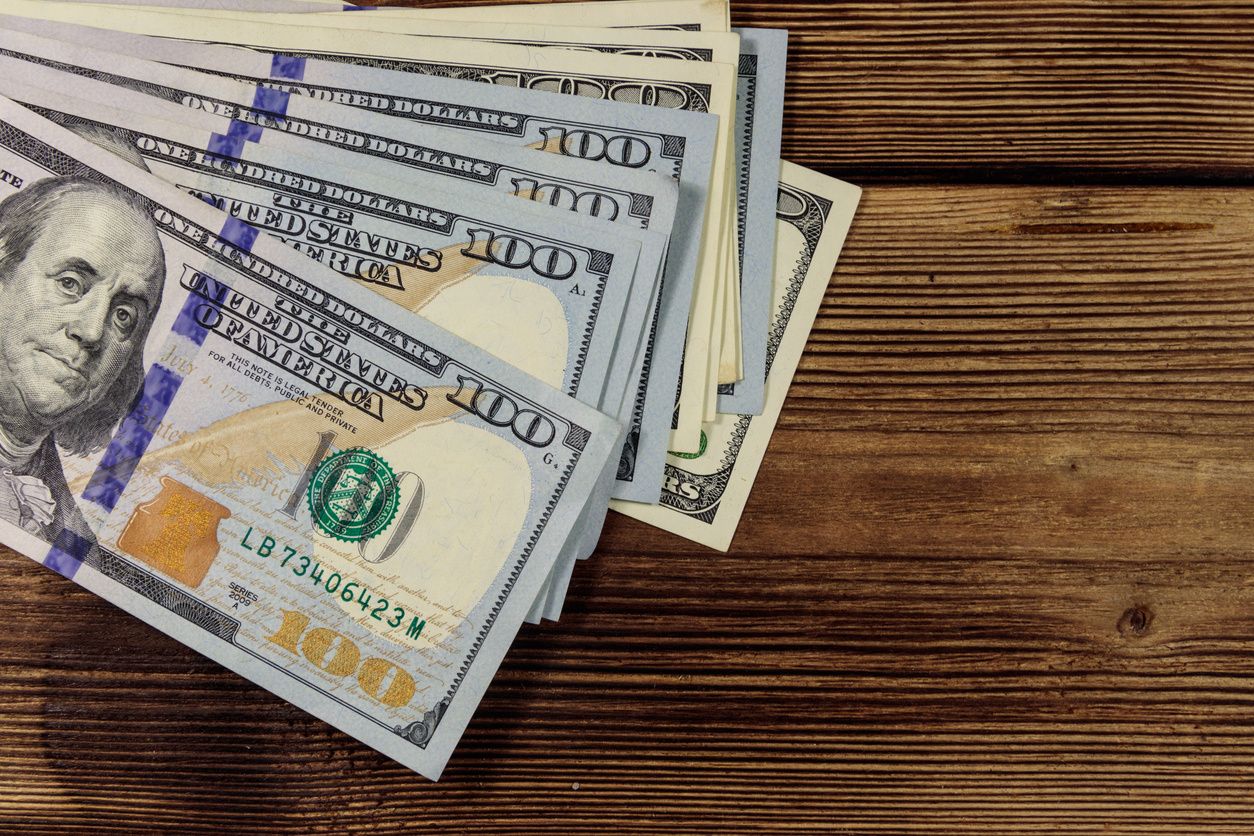 In episode 996 I talk with Professor Peter Phillips whose new book is “Giants: The Global Power Elite.” Professor Phillips warns that excess capital in too few hands always seems to find that war, and the rebuilding after war, is the most efficient return on investment. 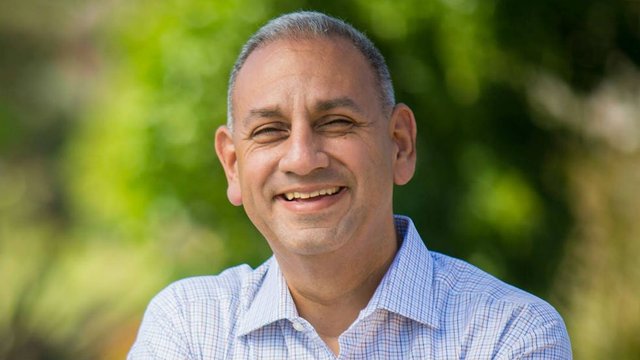 Howie Klein from Down With Tyranny and the Blue America PAC is already looking for 2020 primary challenges to take down Blue Dog and New Dem congressmen who just got voted into office.  He says it’s time to get rid of Democratic Congressman Gil Cisneros, even though Gil hasn’t even been sworn in. Gil just won a squeaker in and around Orange County and will represent California’s 39th District. 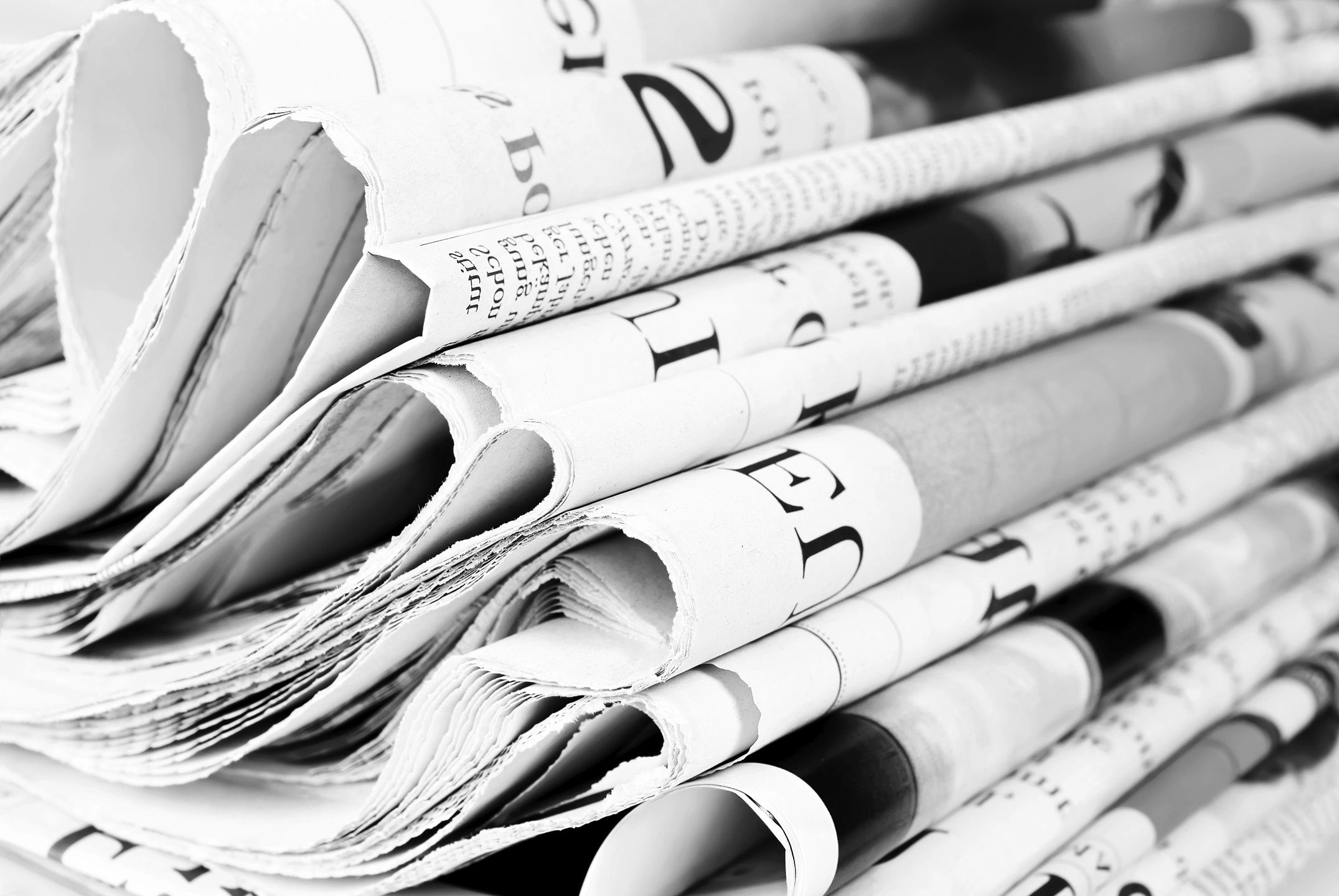 They just announced Ron Chernow is doing the White House Correspondents’ dinner. Gimme a break! Everyone knows Ron Chernow isn’t funny. It takes 633 pages before the first laugh. Screw him. Just another excuse not to hire another woman for the White House Correspondents’ Dinner. Samantha Bee would have been great this year. That guy couldn’t ad-lib a queef at an all you can eat Sister of Sappho buffet. 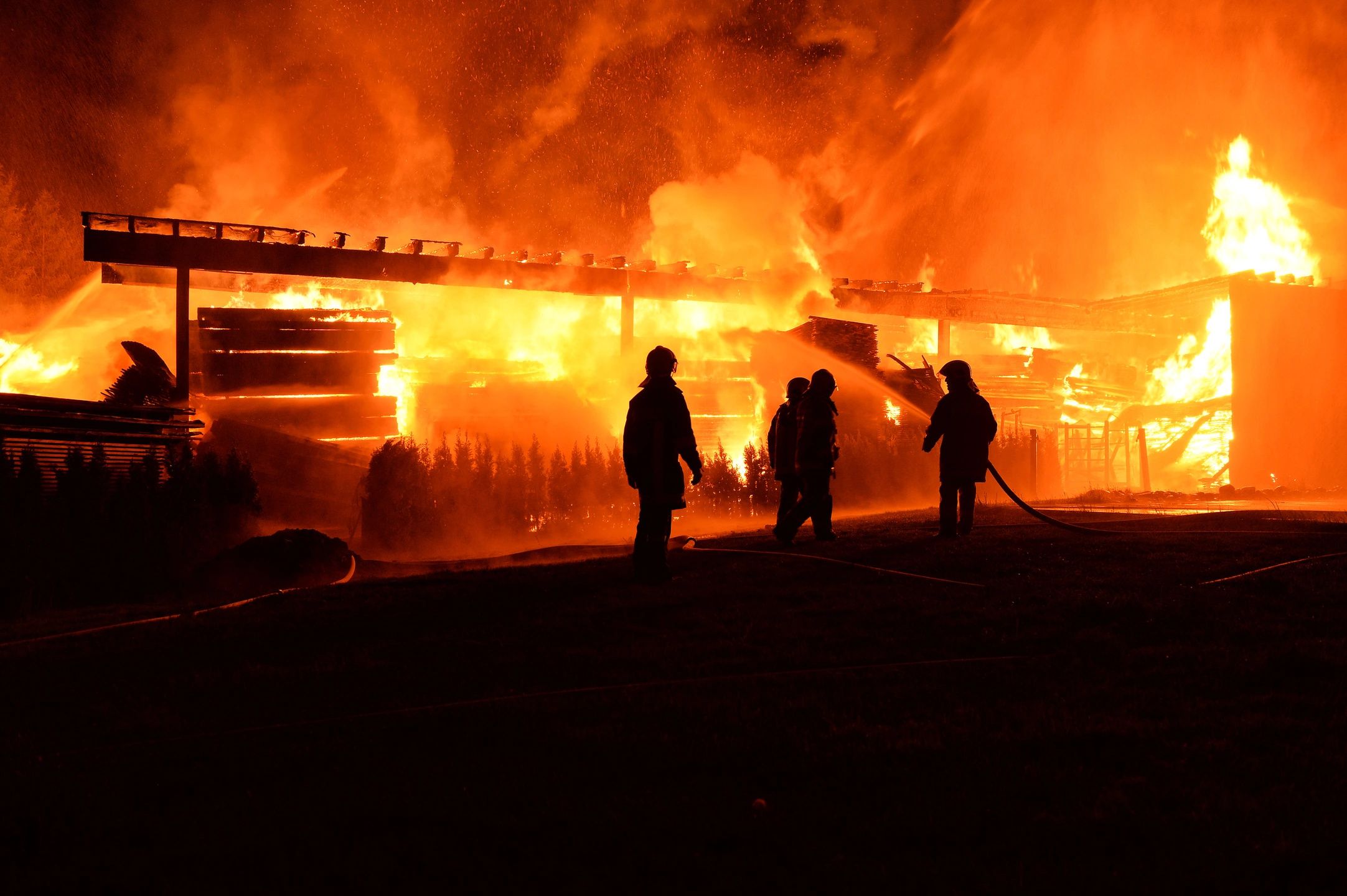 You can travel all over the world and never see anything as beautiful as California. And sometimes when the wind blows just right it smells of citrus.

California is burning yet again. In what is now the state’s deadliest wildfire, 48 are dead from Northern California’s Camp Fire, 3 are dead from Southern California’s Woolsey Fire and 228 are unaccounted for as infernos rage throughout the state. The entire city of Paradise lay in ruins after 7,700 homes were leveled. Air quality has deteriorated, residents are staying indoors, prompting Health and Human Services Secretary Alex Azar to declare a public health emergency for all of California.